Linda Adams still remembers how she felt when she learned A Grace Place Adult Care Center was closing unexpectedly in March 2018.

“We were heartbroken,” she said.

Linda’s son, Justin, had been attending A Grace Place since he graduated from Monacan High School in 2017. Justin has Autism Spectrum Disorder, is non-verbal and operates at a 5-year old level. While Justin is able to do many basic things, he still requires 24-hour care, which he received through A Grace Place.

“There are not too many options for quality care with trustworthy individuals for someone like Justin,” Linda said. “It took us a long time to find A Grace Place. When I learned they were closing, I just thought, ‘Now I have to start all over.’” 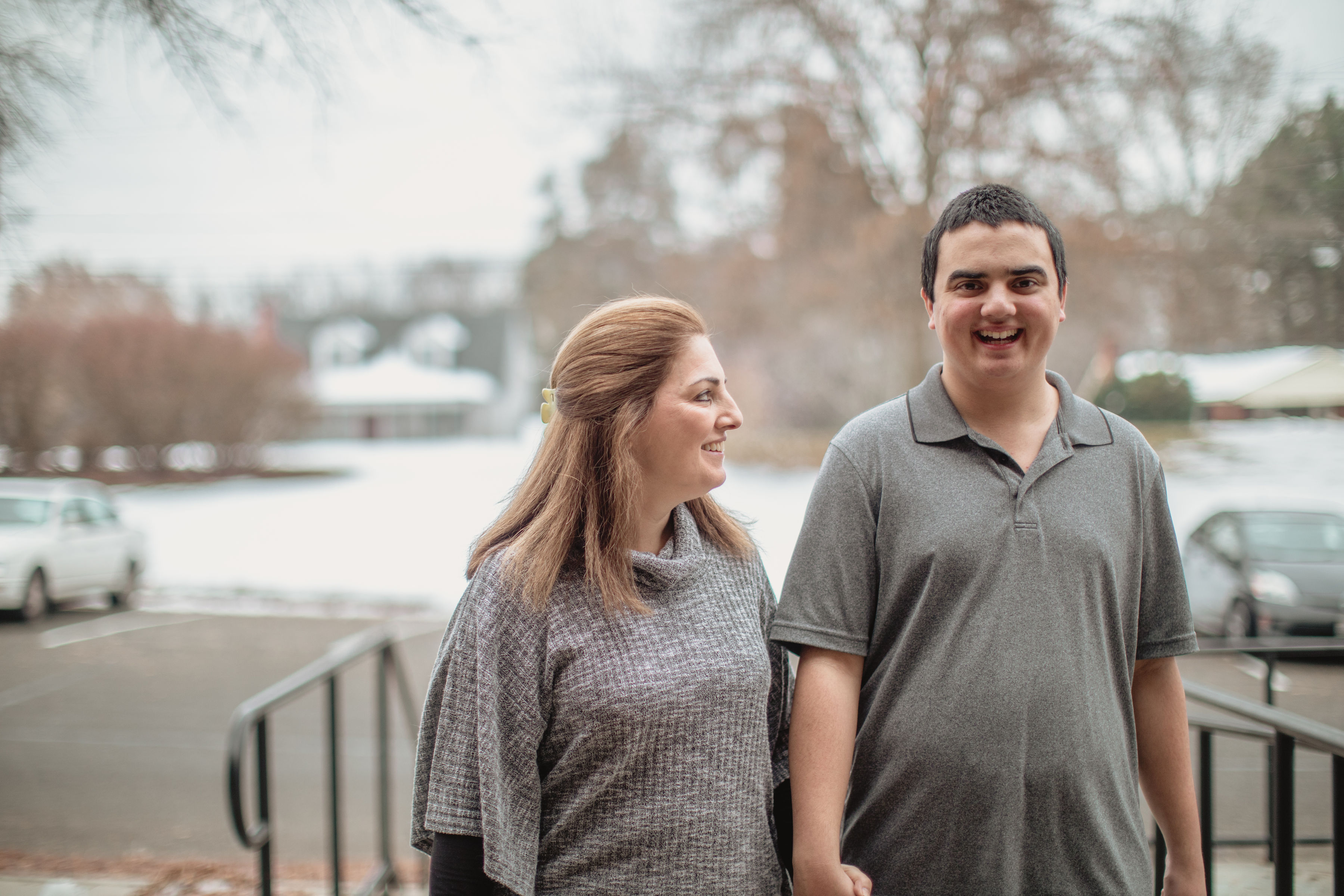 Linda, a Quality Assurance Auditor at PPD Laboratories in Richmond, even considered quitting her job to provide care for Justin.

“I looked for over a month, calling and visiting other programs,” Linda said. “But none stood up to the level of care I would expect for my son.”

During that time, Linda and Justin’s family – including Justin’s brother (Brandon, 25) and grandmother – juggled Justin’s care while Linda desperately tried to find a solution.

Linda and her family were not alone in their stress and anxiety over the sudden closing. A Grace Place served more than 120 adults with disabilities and their family members, many of whom were scrambling to find a new care program.

Behind the scenes, United Way of Greater Richmond & Petersburg was also scrambling to find a way to help families like Linda’s.

“We supported A Grace Place for a long time, and we were as disappointed as anybody to learn that they were closing,” said James Taylor, President & CEO of United Way of Greater Richmond & Petersburg. “I knew we needed to find a way to help these families and we needed to find it fast.”

The day after the closing was announced, United Way connected with SOAR365, then known as Greater Richmond ARC, a United Way partner agency that works with individuals and families with disabilities. United Way also reached out to other community partners to gauge support for potential solutions.

After learning that SOAR365 shared United Way’s desire to find a solution, United Way leadership called an emergency meeting of United Way’s Board of Directors, which immediately stepped up to the plate and voted unanimously to extend United Way’s funding to SOAR365 to give the organization financial stability needed to support A Grace Place’s former clients.

Of course, Linda did not know about this until she heard that SOAR365 planned to open a new location at the former site of A Grace Place. When she spoke with the SOAR365 team on the phone, they offered to schedule an immediate interview.

“That was truly a life-saving call for me,” said Linda, holding back tears. “I am not sure what we would have done if that had not happened.”

Today, Justin is doing great at SOAR365’s new location. Linda says the staff is engaging and friendly and Justin comes home happy, which is a clear sign that he has been in a wonderful environment. He has even reunited with a few of his old friends from A Grace Place. 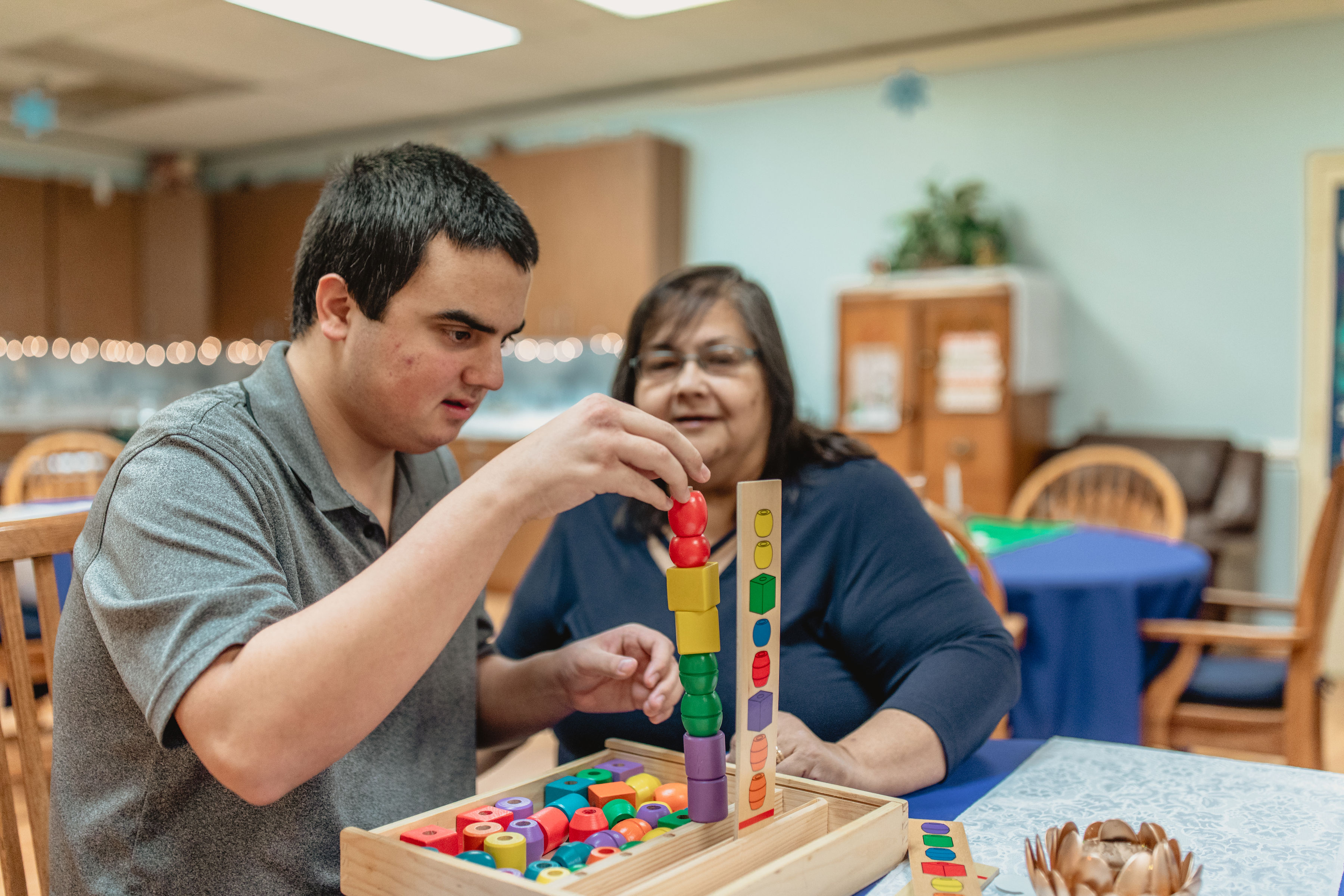 Justin works on a puzzle with a member of SOAR365’s staff.

“We are very grateful to the United Way of Greater Richmond & Petersburg in how they provided help and support so quickly when it was most needed,” said SOAR365 President & CEO John Walker. “Today our SOAR365 @Staples Mill location is flourishing, and through our partnership with the United Way, we are able to meet the needs of a greater number of people with disabilities throughout the community.”

Back at United Way, President & CEO James Taylor is pleased to have played a role in supporting SOAR365 and filling a sudden hole in the community.

“As a key, respected convener of our region’s nonprofits and community organizations, United Way was well-positioned to step in and bring people together to solve this problem,” James said. “That’s what United Way is all about.”