In Memory of Jay Stegmaier 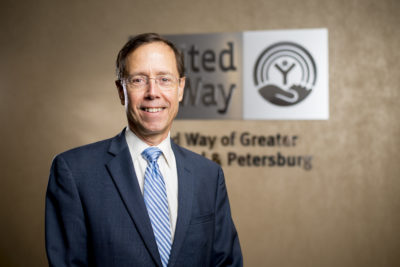 All of us at United Way of Greater Richmond & Petersburg are saddened by the passing of Jay Stegmaier. Jay was a key member of our Board of Directors, recently ending his term as chair in June 2021. Jay’s service to United Way extended throughout his career but deepened upon his retirement from Chesterfield County in 2016. Jay stepped into his board leadership role and then accelerated his involvement as the organization required. Ever humble about his talents, he was quite skillful in this role and provided evenhanded, thoughtful, analytic leadership that was exceptionally useful as the pandemic began to change the world.

As Jay’s leadership in United Way’s volunteer structure progressed, so did his time and commitment to helping improve the organization. He was never shy about reaching out with insight and feedback. Many of my conversations with staff ended with me showing them his name on my phone and smiling before disappearing for a substantial and worthwhile discussion. Even after his time as chair came to an end and even as he was undergoing treatments, Jay called to check on me and his United Way. His faith sustained him, and his call to serve opened new horizons for our conversations. I was amazed at his insight and intellect even after he shared the effects his treatments were having on him.