A diverse network of nonprofit organizations is important, but corporate leadership will make or break a community’s ability to thrive.

In our region, we are fortunate to partner with dozens of local and national corporations who support their local United Way by running a workplace fundraising campaign, providing volunteers and sponsoring important United Way programs.

In 2019, NewMarket Corporation ran a workplace fundraising campaign for United Way of Greater Richmond & Petersburg. Many companies see workplace campaigns as a fun way to appreciate employees while simultaneously making a positive contribution to their community. Led by Jennifer Markie, who served as NewMarket’s 2019 Employee Campaign Manager, NewMarket’s planning committee engaged every corner of the company to drive a fantastically successful campaign.

How did they do it?

NewMarket kept it fun and engaging.

Not only did NewMarket’s month-long campaign provide employees with a deeper understanding of United Way’s work in the community, but Jennifer and her team worked hard to make the experience fun and use it as an employee appreciation tool, as well.

Some of the most successful aspects of the campaign included a raffle for a paid day off, airline tickets, hotel stays and other prizes. Each raffle ticket cost $1. Some employees purchased as many as 50 tickets to have their name in the drawing, and 100 percent of the money raised went to NewMarket’s campaign to support United Way of Greater Richmond & Petersburg.

Since NewMarket’s campaign was held in the fall, the planning committee put together Oktoberfest-themed celebrations during the workday with live music, a silent auction and group games like giant Jenga, bucket pong and cornhole. 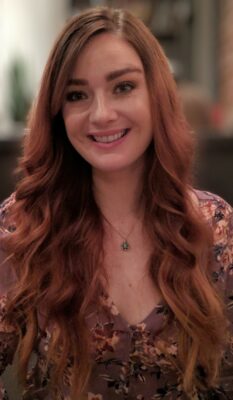 “If you know me, you know I like to get things done the right way,” said Jennifer. “I really leaned on United Way staff’s expertise in how we could make this the best campaign yet and I think we were incredibly successful.”

As Employee Campaign Manager, Jennifer acted as the bridge between United Way staff and NewMarket’s planning committee. Both sides worked diligently to build a customized campaign that would align with NewMarket’s work culture. Their most effective strategies included:

Strong partnerships make all the difference.

“NewMarket’s successful campaign is a great example of what can happen when businesses and nonprofits work together to support the common good of the community,” said James Taylor, President & CEO of United Way of Greater Richmond & Petersburg. “We are grateful for Jennifer’s leadership and the time she and her colleagues volunteered to make this a successful campaign.”

In 2019, NewMarket’s campaign grew 4%, raising more than $300,000 through their most recent campaign under Jennifer’s leadership and organization. Since the inception of NewMarket’s partnership with United Way, the company has raised more than $5 million through employee pledges and corporate gifts.

United Way workplace campaigns are different for every company. Organizations large and small can have a profound impact on their community while giving employees an opportunity to have fun and work together in new and different ways.

United Way works diligently to make our Greater Richmond and Petersburg community a better place, but our work would not be possible without our corporate partners. By hosting workplace fundraising campaigns, companies in our region are making philanthropy accessible to their employees by giving them an opportunity to give back to causes that matter most to them — all through their local United Way.

If your organization is interested in getting involved with United Way of Greater Richmond & Petersburg through workplace campaigns, sponsorships or volunteerism, we’d love to hear from you. Contact us here or by calling (804) 771-5820.